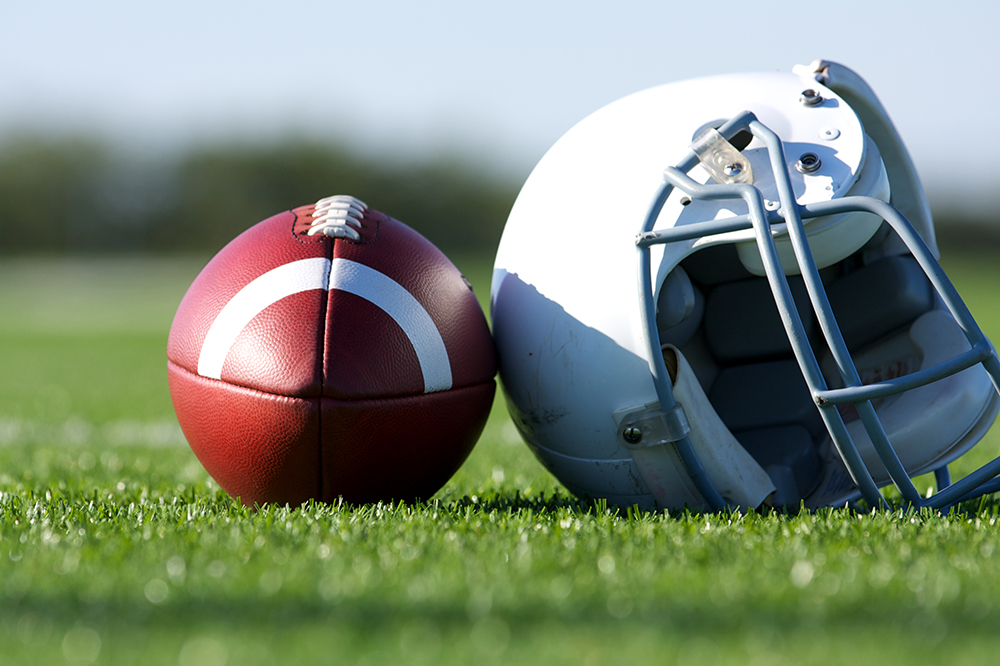 Football is one of the great American sports. It’s fun to watch, fun to play, and has been a high school tradition for decades. It’s a top sport for teen boys, and there are tackle leagues around the country for children as young as 5. According to a report by the American Academy of Pediatrics, there are roughly 250,000 youth football players from 5 to 15 years old in one popular nationwide program alone.

But the American Academy of Orthopaedic Surgeons notes that football is the leading cause of school sports injuries. And with information in the news about links between football and brain injury, some parents wonder how young is too young?

What Are the Injury Risks Associated with Youth Football?

According to the American Academy of Pediatrics report, there’s not much information about injury rates below the high school level. However, the report points out that “the incidence of serious injuries appears to be greater for football than many other team sports.”

According to the AAP, the most common football injuries involve the knee, ankle, hand, and back. Most football injuries are mild– strains, sprains, and contusions. Injuries to the head and neck make up a relatively small part of the overall number, ranging from 5 to 13 percent, according to the AAP report. But these areas are usually where the most significant concerns lie.

One of the biggest worries for parents and doctors is the possibility of “cumulative or catastrophic” head or neck injuries. Reports in recent years have raised concerns about brain injury resulting from repeated hits and severe concussions. Meanwhile, catastrophic head or neck injuries leading to brain damage or paralysis are often in the back of parents’ minds. These injuries are rare, according to the AAP, but traumatic when they occur.

What Are the Pros and Cons of Youth Football?

Youth football has many proponents, including some members of the medical community. Like other youth sports, football can help keep kids happy and healthy with documented physical and mental health benefits. On the other hand, the risk of injury, especially long-term damage, is a real concern.

The Cons
Doctors are concerned about the potential for head and neck injuries, especially concussions.
Research shows tackling is dangerous. According to the AAP, collisions and repetitive blows to the head are linked to a range of health issues, including behavior problems, cognitive difficulties, headaches and even Parkinson’s Disease later in life.

How Old Should My Child Be To Play Tackle Football?

Whether and when to start tackle football is a tough question and one that each family has to address. A Boston University study suggested that players who began playing tackle football younger than 12 were more likely to have cognitive and behavioral issues. Another report from the Aspen Institute suggests sticking with flag football only until high school. Flag football allows players to get experience with the same rules and skills without physical contact.

However, the AAP report suggests that injuries are less severe in youth players than in high school or college players. Tackle football for elementary-aged kids remains popular. Some experts suggest taking into consideration a child’s developmental status rather than age. For example, some children may have the strength and size for tackle football at age 12, while others are smaller and may feel unsafe. Parents should have a conversation with their pediatrician or family doctor before deciding on youth football.

How Can I Help My Child Play Youth Football Safely?

Parents can take several steps to make sure young players are practicing and playing safely. First, talk with your local league about safety equipment and the use of proper tackling technique. Experts say tackling with the shoulder while holding the head up is the safest approach. This “head-up” technique is in place in leagues around the country. Find out what type of safety equipment your league requires and other measures to keep players safe.
The AAOS offers several additional tips for keeping football players safe and healthy:
Stay fit during the off-season with a combination of aerobic exercise, strength training and flexibility work.
Be sure to get a pre-season physical to identify conditions that could limit the ability to play safely.
Take time to warm up and stretch to avoid injury.
Cooldown and post-practice stretching are also important but sometimes get neglected because of busy schedules.
Stay hydrated by drinking non-caffeinated fluid before and during practice.

At Countryside Orthopaedics, keeping young athletes safe, healthy, and fit through high school and beyond is a high priority. For many years, our doctors have been on the sidelines, serving as team doctors for area high school football teams. Countryside’s orthopaedic team and specialized physical therapy practice work with parents and coaches to help students heal and emerge stronger, equipped with strategies to stay safe.

Our therapy office is open from 7:00 AM to 7 PM, Monday through Friday.